公開
Well I promised I would do it and here it finally is; my POV of a Savage raid fight.

This is the MINE clear of the O12s door boss, the first part of the O12s Savage raid. There is also a little bit of the 2nd part since I recorded that too and I just left it in, too lazy to edit it out. LOL

Since I was trying out OBS for the first time, I um.....KIND of screwed up and forgot to add a sound source it to it, so it recorded without any sound at all. Whoops, bad me! ;p

So, to give it SOME kind of sound, I asked that mouthy fairy Selene to watch the video and record her thoughts for commentary. As you might imagine, they are NOT nice thoughts of the annoying ditzy blonde she has to deal with. LOL

And let me tell you, it has been many, MANY years since I last did anything like this and it was a PAIN since I had forgotten nearly everything on how to do it. UGH!

Also, please forgive the audio quality. My aged voice is not the greatest to begin with, plus the voice changer I used to do Selene's voice sounded a little wonky, not to mention having it all go through Morphvox, Voicemeter and Audacity. Face it, I am NOT a sound engineer and need a LOT more practice to make it sound better. ;p

But I persevered and here it is, I think it turned out ok. I hope those that actually watch it enjoy it.

Also, it was recorded in one take; IE: just watched the thing and thought up stuff to say, so forgive any vocal mishaps in there. Yeah, I am asking you to forgive a LOT of stuff about this! LOL I know I know, I did not HAVE to do it like this, but eh, I actually want to see if I could do it.

And remember as you are watching, this is was done MINE, so LOTS of nice lovely mechanics. LOL
0 件のいいね0 件のいいね
コメント（2）

-
Congrat on the progress. I tried to record raid before but more for review (ie to find out what we got hit by). I play with rather bad internet connection and old computer so it is not a good idea for me to do it often. I usually have to mute the sound before sharing with people, because I tends to freak out and scream in panic when I die.

Who knows, maybe one day there is server travel across the pond and I can join your fight with 2000 ping ;)

-
LOL, if I freaked out every time I died during prog I would be horse from all the yelling.

I know I made it look easy there, but there were a LOT of deaths to achieve this no death result. (Ok, Caroline died, but she was a sub!)

Odd/even especially, soooooo many screwups there before we finally nailed it to get consistent mechanics.

Speaking of prog, I have not gotten to play anymore since this because of people not being free due to RL crap and.....other things, sigh, that's static life.
コメント投稿 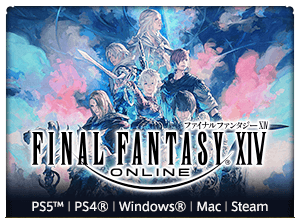