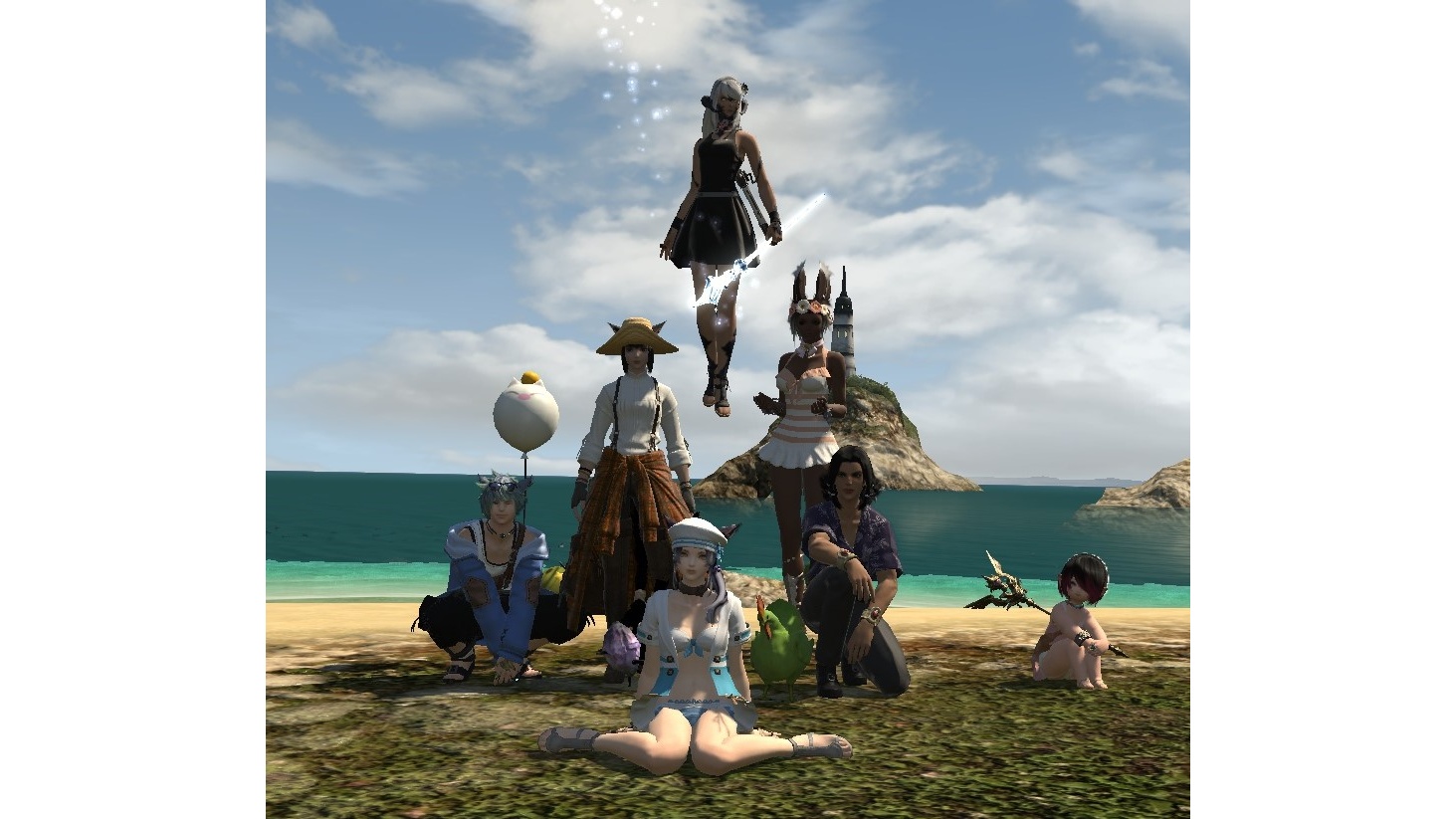 This was made up of about 2 friends and myself, just wanting to make a free company. We haven't really played before and we're just playing for funsies. The name "Casual Cats" was made up by a friend of mine, so it kind of stuck. You do not have to be a cat to join, but you're welcome to join whether you are one of the two cat races or not. (I mean cat races as in Miqo'te and Hrothgar, btw.)

We're not too hardcore, though I play somewhat frequently and enjoy the game, I just don't have many friends other than the two. So if other people wish to make friends and play casually as well, then I wouldn't mind opening this up to other people as well. Maybe we'd make some friends that we'd talk to regularly, so it's worth a shot putting the group out there. ^^ We are building this from the ground up, so if you don't mind that too, then great! I love helping when I can, so if anyone needs help, then let us know, and we'll help if we can.

Of course, as this should be obvious, be nice to each other, don't hate, have fun, and let's make some adventures together! ^^ And we now have a Discord, so we can chat via Voice Chat, and so we can chat while we're offline! Our discord is at https://discord.gg/m2WX4rXaPj

Another note, I cannot do much pvp, so I won't be doing much of that. But don't let me stop you from doing that stuff. Additionally, raids will most likely be checked off in the future, we new players just haven't reached that part of the game yet.

Lastly, and most importantly, the active hours listed above can vary depending on our work hours/days, so we may be on sooner/later than the times listed.

I'm nice and love to help when I can. I hate spoilers, but if there's something I don't know and I want to know, I'll admit it and ask for the help. I don't know everything, and I appreciate the help where I can get it, but I love giving help when I can too, that's what I wanna do for this Company too.
\(owo\) Hit me up if I'm online, I may be new to FFXIV, but I have played a lot of video games and I have a lot of MMO knowledge. If I am not online, you can also look for the character "Lyra Viras", as that is another character that would be able to accept any applicants as well. (/owo)/

Alright! I'll log in soon so I can offer you an invite. It's still small, but I wanna make it bigger and build up the ranks with a community I can call my family, in a way. ^^

I'm interested in joining your Free Company. I'm a fairly new player, just started a few weeks ago and I've been having a lot of fun so far. I've been looking to join a company to join so that I can get a good community feeling for the game and to further immerse myself in it. So far, the community in this game has been really friendly which has felt really nice! I'm willing to help out other players and try and participate in community and company events when I can!

Have a nice day!

I also wanna add, I'm semi new, but I know some vet players, and we have some vet players in there, so I'll try to help whenever I can, and I bet others wouldn't mind helping either. ^^

Alright! I'll log in soon so I can offer you an invite. It's still small, but I wanna make it bigger and build up the ranks with a community I can call my family, in a way. ^^

Heya! I'm new to the game as well and am looking for a casual FC to just learn and explore the game with. It is also worth noting that this is the first MMO I plan on really playing. I've played WoW a bit some years ago but it just never clicked for me.

I often check this page, so if you're interested and post here, I'll most likely see it. If you contact me, I'll see that too. :3 Everyone that has reached out or checked this page and commented has joined the FC and discord!

Hey, I'm interested in joining this FC! If you're still accepting members. Thanks! :D