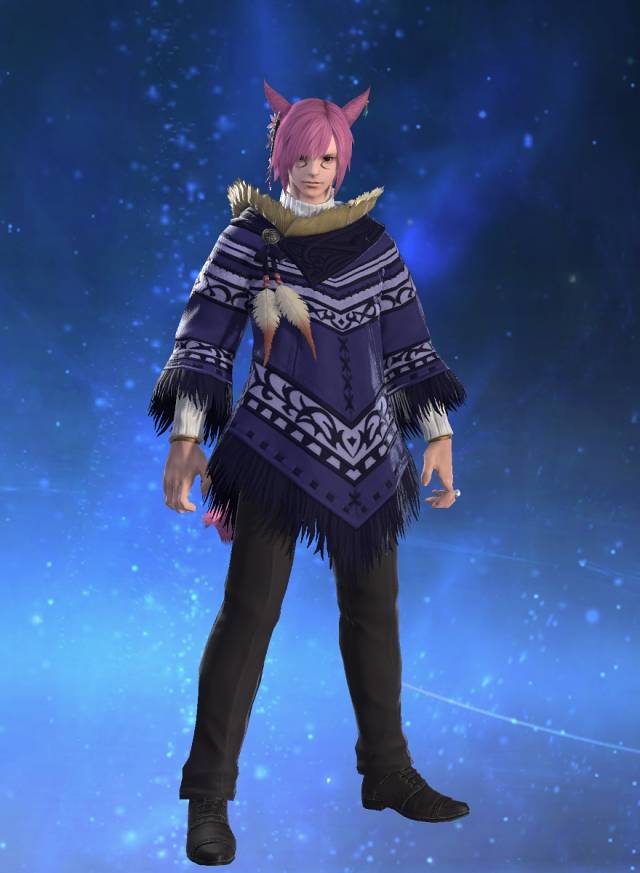 Ash'leytai is a cat dog who has rejected the Seekers' heavily heteropatriarchal society and strict adherence to a gender binary, woof. Their tribal name (Ash') is three letters instead of the traditional two for a tribe deserter, invoking the word for what remains when something is burnt down. Their forename is the traditionally feminine Seeker name Leytai, and their surname translocates the final letter from Tia (assigned to AMAB Seekers who haven't formed a harem) to the front, an acknowledgement and rejection of the culture they were born into.

They don't have a pronoun preference.

So in short, another gay catboy dogboy. Nothing new to see here, folks.