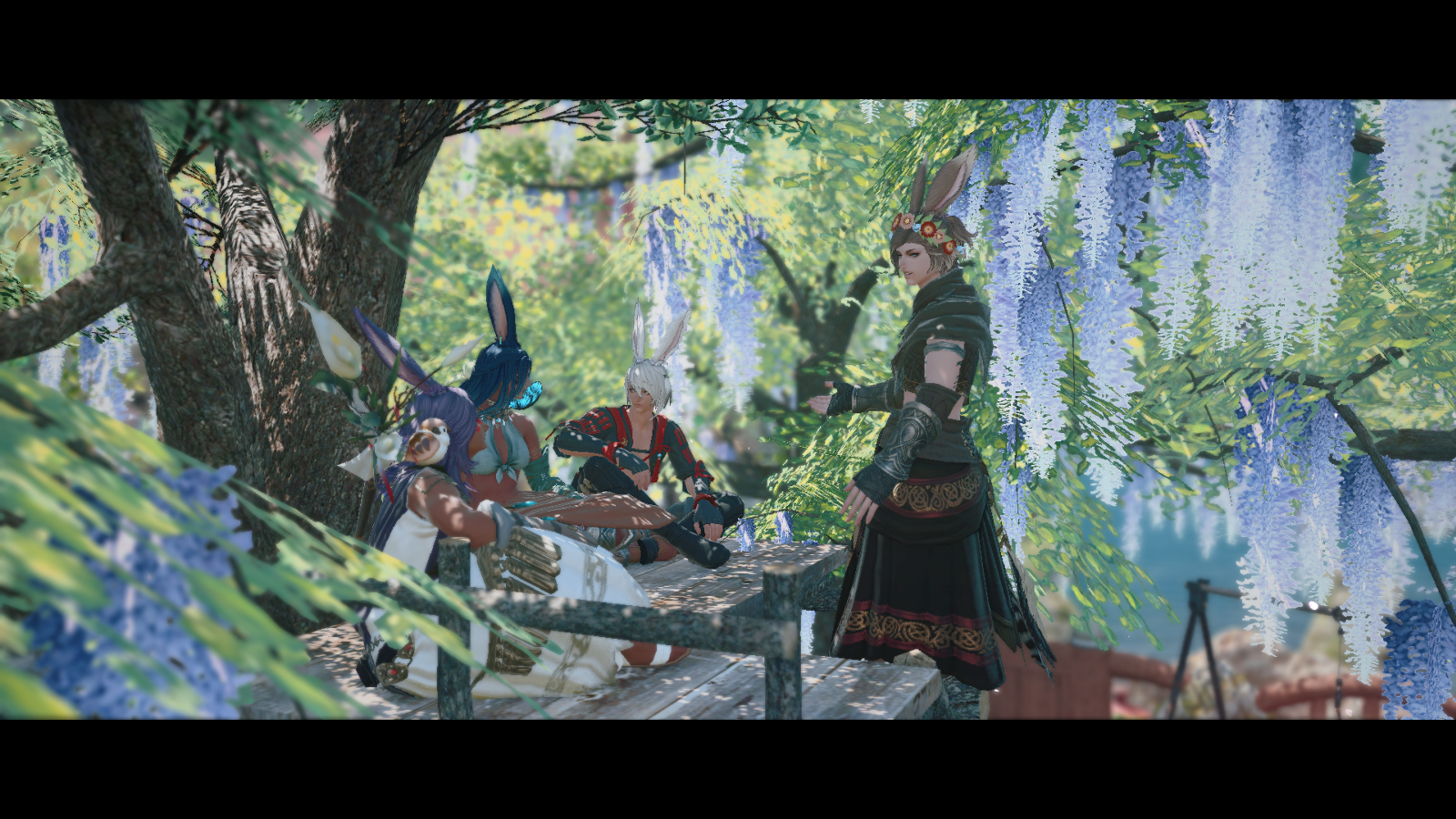 Vieras from all horizons joined the caravan, fleeing their villages from Garlean oppression. Abandoning their lives behind them, their villages often engulfed in flames. Their goal? Finding a new place to live, a place where they can raise their kit and prepare for the reconquest of their homelands.

The Tribe is lead by a Matriarch, elected by all and assisted by her council members. Under the leadership of the Matriarch, the vieras went East and encountered many cultures on their journey.

Most of the Roleplay after the Tribe Origins is planned to take place in the World of Eorzea (Final Fantasy XIV). While the "bigger" events are planned to be about the hunts and the encounters made by the Tribe with other cultures, there will also be moments where the vieras can simply be themselves and discuss at the encampments and play as a day to day life. Creating and crafting armours from the beasts they have slain and the materials gathered along the way. Honing their skills and commercing with the inhabitants of the lands they cross.

More information about us on https://the-lost-tribe.carrd.co.

As we have people from all over the world in the FC there is often someone online at various hours. But most events will probably take place at around 8PM or 9PM EST time as it is the most common time for event in the NA Servers.

You may have seen us around Gridania (Balmung), while we are preparing the upcoming events for our Free Company or just going on our Dailies and helping our little sprouts. Don't hesitate to wave and give us your thoughts about the project or ask for a meeting. We will be glad to oblige. For more Info, check out our Carrd at https://the-lost-tribe.carrd.co