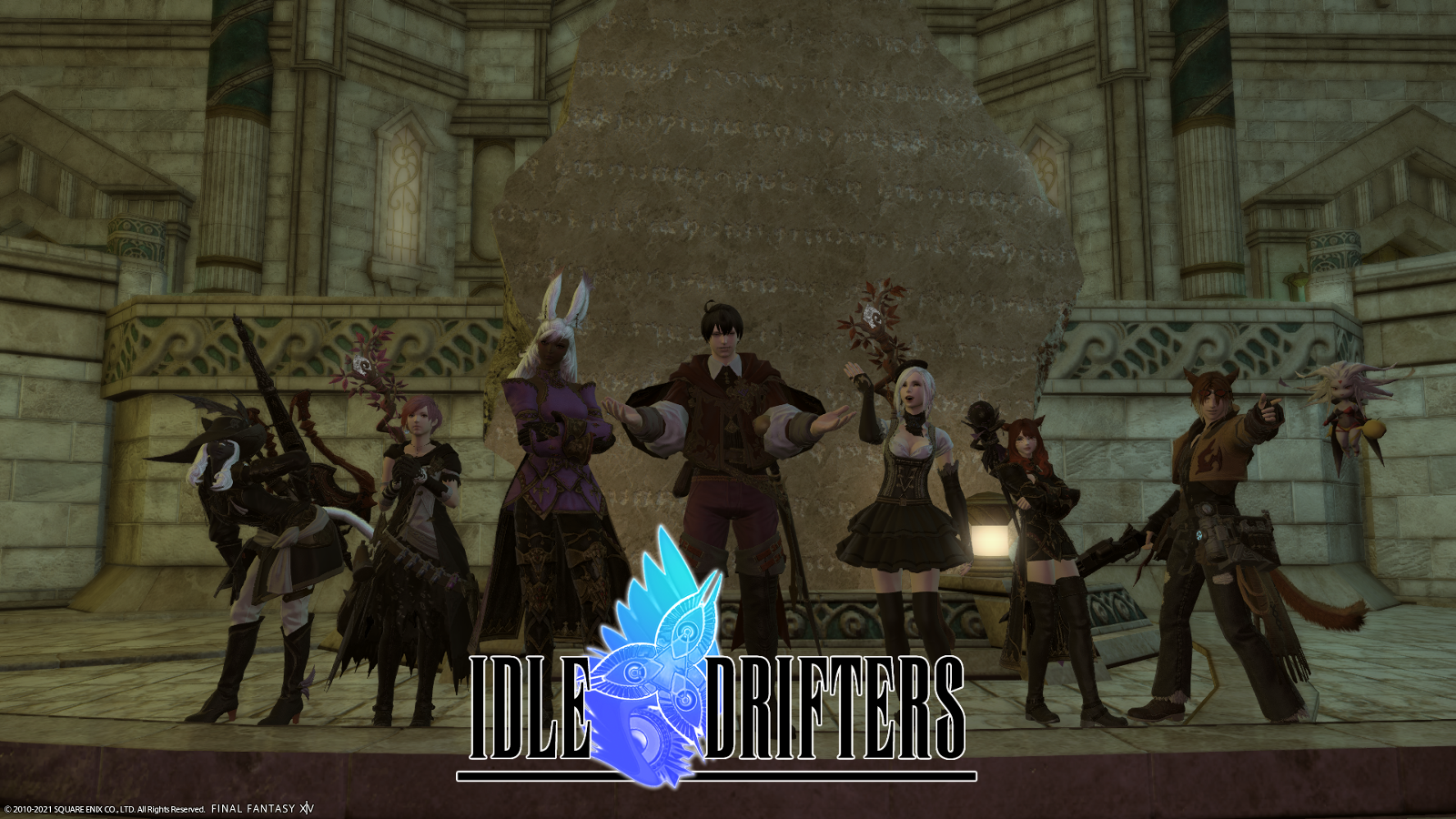 This posting is for the Balmung branch of the guild. On Mateus? Check out our Mateus branch here!

Looking for good, honest work with minimal questions asked? Looking to get away from the Grand Companies and build something of your own? <Idle Drifters> is a free company of adventurers based out of Idyllshire, with branches in Limsa and Gridania looking to make their way in Eorzea. From mapping out ruins, dealing with wild beasts, to transporting goods, no job’s below us.

[OOC: Idle Drifters has been around for about 8 years now. We initially formed as a guild in the mmo Wildstar, from a little after it launched until it closed down. Since then, Final Fantasy XIV has become our home. We are working to rebuild, create new characters and backstories, progress through the game, acquire housing, and more.
We are a guild with a focus on adventuring, character interaction, and character relations. Rather than having a singular theme, we like to allow a multitude of characters and stories to happen. We don't have a strict RP requirement to be part of the guild, and certainly do not expect anyone to be engaging in RP all the time. We do, however, want players who understand how to work together to build a story, and work together to explore and develop their characters and relationships.
We're an adult group always looking for new guild members who are helpful, positive, and courteous to their fellow FC members, who’re looking for a Free Company that understands that life and other commitments might sometimes get in the way of your ability to game.]

Hi there! If you have any questions about the guild, please feel free to drop me a whisper or pay us a visit on our carrd: https://idledrifters.carrd.co!