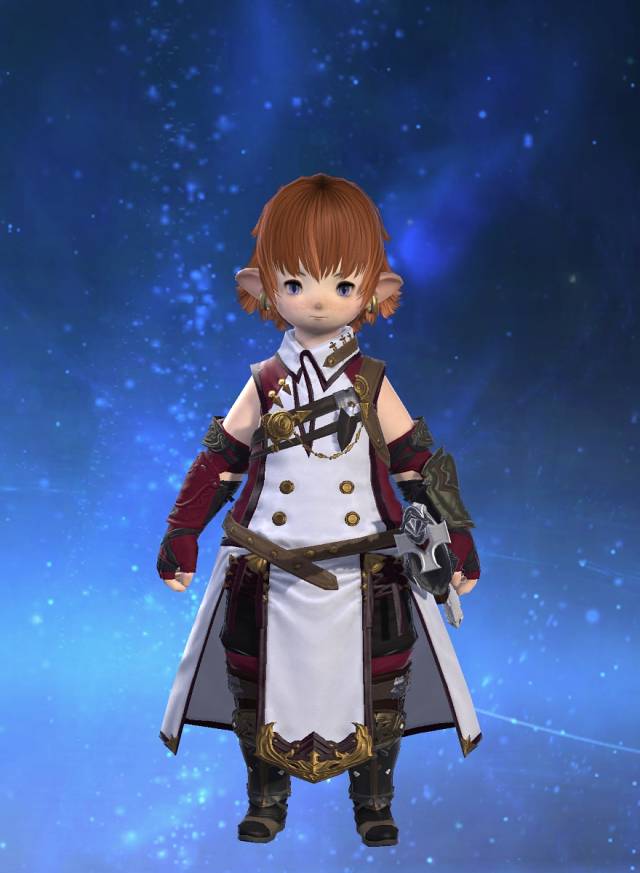 Cayaya Caya, Potato Samurai extraordinaire. A tomboyish Lalafell from the city-state of Ul'Dah, travelled to the distant land of Doma at a young age and there learned the arts of combat from its natives. Upon her return to Eorzea she was dubbed the Warrior of Light, met her wife Penene Pene and developed an affinity for Triple Triad...

Caya specializes in sword combat, using her Samurai combat arts to defend her wife and her companions. She is outgoing, adventurous, loves cute things, and isn't afraid to get her hands dirty!